From where I stand: “I lived in terror every day” 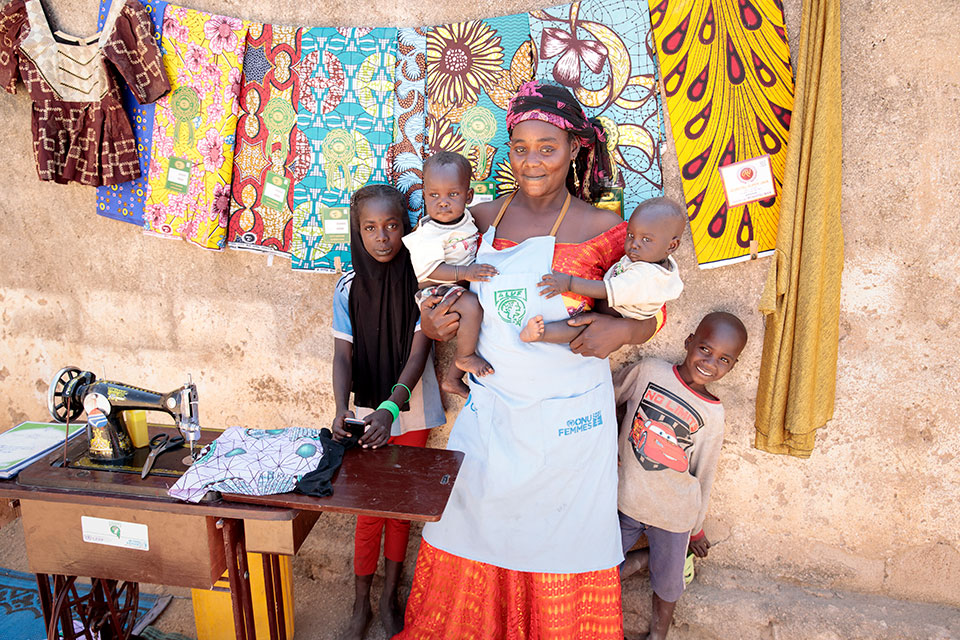 Photo: UN Women/Ryan Brown
Bage Jidda spent three years as a hostage of Boko Haram. Inspite of all her suffering, today she is the sole provider for her family, in Mora, the Far North Region of Cameroon. She embodies resilience, her optimism is infectious. Empowering women like Jidda is at the heart of building resilience among communities torn apart by the Boko Haram crisis.

"I lost my husband in Maiduguri, Nigeria. They beheaded my husband in front of me. I lost my sight temporarily from the shock… I couldn’t see. After 20 days, they came back and asked me for money. When I couldn’t give them money, they took me hostage. I left my village with only one of my boys, he was four years old at the time.

They made the women cover themselves in burqa and read the Quran. They lined up a group of men and then the women would be ushered in and asked to choose a man to marry. They would give us three chances to make a choice. If a woman didn’t pick a man by the third time, they would slaughter her. I refused twice… the third time, I accepted.

I lived in terror every day. The Boko Haram kept me hostage for three years.

One day we heard helicopters in the air. It was the military! The Boko Haram militants fled and took some of the women and children with them. I was with seven others when I escaped… the military found us.

I lived in the refugee camp for a while, and then a ALVF worker brought me to the women’s center. The center helped me get a birth certificate and a national id card. I received training in tailoring, and the center provided me with a tailoring machine. That’s how I started making some money and left the refugee camp and rented a little home for me and my children.

Today, I make enough money to pay the rent and buy food for us, but it’s difficult to save money or to know how much I will make every month. Whenever I get paid, I stock up food.

I hope the UN continues to help so that more women like me can take care of ourselves. And, if you can construct houses for us here, that would be very good… rent is not cheap here.”

At 27 years, Bage Jidda has already survived a lifetime of suffering, including witnessing the murder of her husband, and the death of her son while escaping Boko Haram. She was reunited with the rest of her children in a refugee camp in Cameroon. A UN Women programme funded by the UN Central Emergency Respond Fund and implemented by local partner AVLF, is supporting women’s empowerment centres in the communities of Mokolo, Mora, Kolofata, Mozogo and Makari, where women learn new skills, get start-up kits for small businesses, as well as psychosocial support.