From where I stand: “People said, how are you going to play football, you’re a girl!” 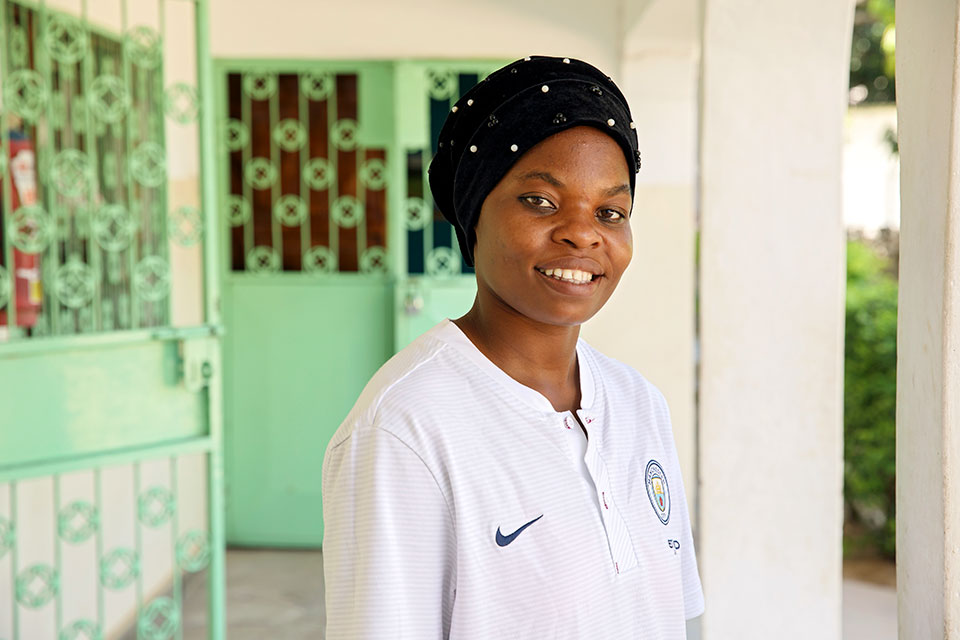 Photo: UN Women/Ryan Brown
Fathime Tibu, 26, is the youngest female coach of MTG United, the football league for Moving the Goalposts (MTG), a sport for development organization based in Kilifi, Kenya. She recently spoke to UN Women about her own journey, aspirations, and how sport is a powerful tool to empower girls.

"I was only 12 years old when I came to Moving the Goalposts. My friend used to play football and said, Tibu, let’s join MTG. I wanted to become like her. When I see a photo from that time, I think, was this really me? I couldn’t kick the ball even 5 meters!

Initially, when I started playing football, people said, how are you going to play football, you’re a girl! They said, you’re going against our religion, because you’re going to wear shorts.

Another challenge was that I was staying with my sister at the time, and she thought I was wasting my time.

But her perception changed over time. When I completed my primary school education, I had no one to [pay for] high school, but I got a scholarship through football. I could say, ‘see now the benefit of playing football? No one has to pay for my school fees now.’

I started coaching the under-13 team when I was 15 years old. At 23, I became the MTG United Coach. I have trained the eight voluntary coaches—they are all girls—and I am mentoring them. In 2018, we joined the Kenyan Women’ League and we finished second. We scored 34 points; the winner scored 36 points.

If girls can play sport, they don’t get involved in bad company, they learn to make decisions and have role models to look up to. If they are home, sitting idle, they are [at risk] of getting into early marriage and pregnancies… or getting into drugs.

When MTG first started there were so many cultural barriers, but through meetings and trainings with parents, things have changed. You hardly get a parent in this community refusing to allow the daughter to play football now. The boys have changed too. When we play home ground, the boys come to watch and support us. Even when we are training here, sometimes they come to train with us.

In Kenya, we have the national team for women’s football. My dream is to become the National Team Coach.”


Fathime Tibu is the youngest coach for Moving the Goal Post (MTG), Kenya, an organization that builds skills and economic resilience of young women as part of a UN Women program funded by the Government of Japan to prevent the spread of violent extremism in the coastal towns of Kenya. Since joining MTG, she has been able to meet her own needs and help her sister pay for her children’s education. “Coach Tibu” as she’s known, is also a role model for other girls in the community.