From where I stand: "I believe women should be involved in peacekeeping operations" 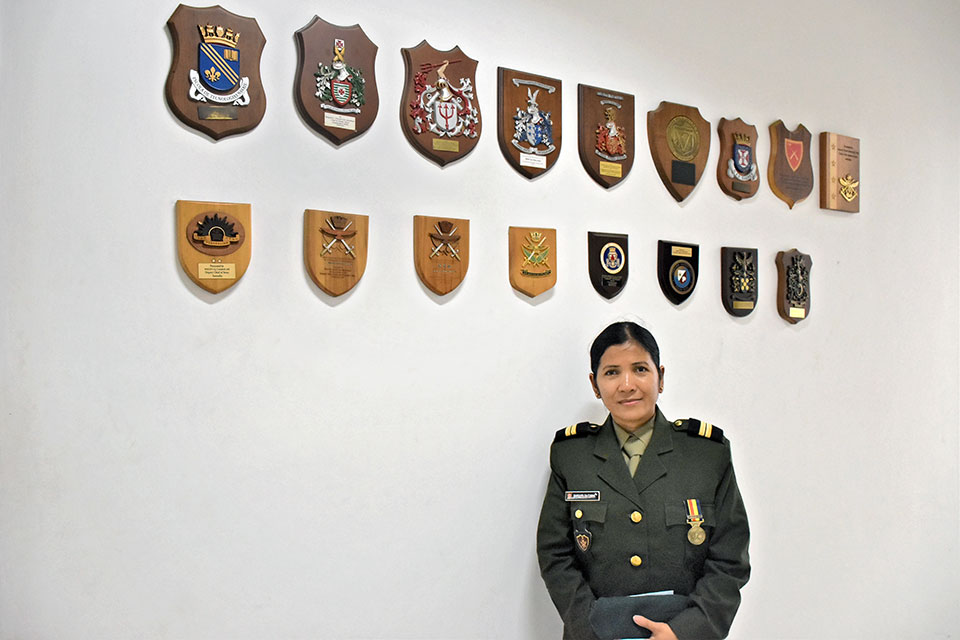 Photo: UN Women/Felix Maia
Marquita da Cunha is an army lieutenant with the Falintil–Defence Forces of Timor-Leste (F-FDTL) who recently participated in a training designed for female military officers organized by UN Women and the UN Department of Peacekeeping Operations (DPKO) in preparation for future deployment in UN peacekeeping operations.

She spoke to UN Women about her journey. Her story is part of an editorial series that presents the daily sustainable development challenges that people around the world face and how they are bringing about change.

"When I was kid, I didn’t think I would be in the military. It was difficult to imagine that since we were under Indonesian occupation. Initially I wanted to be a teacher or a lawyer. When we gained our independence, I decided to pursue a degree in civilian engineering. However, after my father passed away, I stopped my studies to help take care of the family.

The idea of joining the defense forces was scary at first, and my family was not supportive of the idea. But one day, one of my older brothers brought an enrollment form for the newly-established defense force. He told me that they also wanted women to join. I put down my name in the form as well. In the end, my brother didn’t pass, while I did, and I joined the military. It was 2002.

I drew inspiration from my father. He had taught me that life is not easy, and it requires hard-work and diligence.

Being in the military is really challenging. As a woman, it is difficult being away from my family, and the demand on us, both physically and mentally, is rigorous.

But I believe women should be involved in peacekeeping operations around the world because first, it is everyone’s duty, both men and women, to contribute to strengthening peace. And second, female peacekeepers tend to be more approachable compared to male peacekeepers. In every conflict, women and children suffer the most, and they feel more secure when approached by female peacekeepers, especially if they are victims of sexual violence.

During the training in Beijing, I learned a lot about how the UN is structured and how it works within its mandate to promote peace and security in different settings. I can share this knowledge by training others in the F-FDTL as Timor-Leste prepares to participate in peacekeeping missions and hope that one day, I can also contribute to a peacekeeping mission.”

Lieutenant (Lt.) Marquita da Cunha, 36, is an active duty member of F-FDTL. She has been with the Force since early 2002 when it was newly established. Lt. da Cunha was the first woman from Timor-Leste to participate in the UN Female Military Officers course. The two-week course organized by UN Women and DPKO and funded by the Government of Australia, provided female military officers exposure, visibility, and opportunities for professional advancement. Her story shows the relevance of the Sustainable Development Goal (SDG) 16 which promotes women’s participation in peacebuilding efforts and SDG 5, which seeks to empower all women and girls and promote women’s leadership in all areas of life and work.