From where I stand: “Not being able to see was not an obstacle” 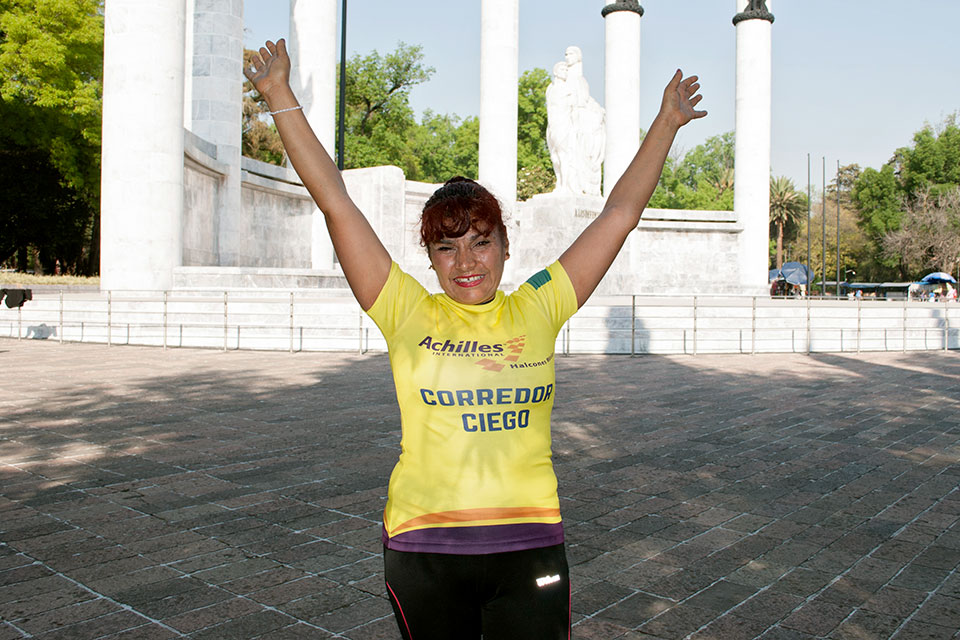 Photo: UN Women
Palmira Martínez, a blind professional runner from Mexico, is among the 70,000 women who ran for gender equality as part of the largest 5K race for women in the world.

"My passion for running started when I was 35 years old. Not being able to see was not an obstacle. For me it has been a propeller to achieve my goals.

I was born with a malformation in the optic nerve and, as a child, I was not really interested in sports. With no experience, I started running just as a hobby, together with my sister. But when I won an entry to a 5-kilometre race in a radio contest, I became motivated to take running more seriously. When I reached the finish line and realized I had made it through the race, I started crying, and in that moment, running became my passion.

The journey has not been easy. The hardest challenge was to get rid of all of the prejudices I grew up with. My family believed running was a sport for men, and that aside from being a woman, my disability would not allow me to run a marathon. And I believed them too. I saw it as a distant dream, something dangerous, that a woman like me could not achieve.

I continued running, and I met a group called Halcones de Chapultepec, which works to provide runners like me with tools and training so that they could reach their goals. With the help of trained guides, I managed to run my first 10-kilometer race and won the first place in the Special Category. Ever since, I have not stopped.

When I turned 40, not only did I run my first marathon, but also won the first place in my category.

As women, we grow up with many prejudices. We should break them, commit to ourselves, persevere, and have the courage to reach our goals. This year, I will run my third marathon."

In March 2018, Palmira Martínez, a professional runner who is blind, was one of more than 70,000 women who ran for gender equality in Mexico as part of the Carrera Bonafont con Causa [Bonafont Race for a Cause], the largest 5K race in the world for women. The race was just one part of a UN Women and Danone partnership. In Mexico, Bonafont, a Danone company, and UN Women have created a three-year action plan to transform women’s lives and raise public awareness about equal work opportunities. Martínez’s story represents Sustainable Development Goal 10, which aims to empower and promote the inclusion of all, irrespective of age, sex, disability, race, or other status.