From where I stand: “I created the Wangu Kanja Foundation to provide the kind of support to survivors that I didn’t receive” 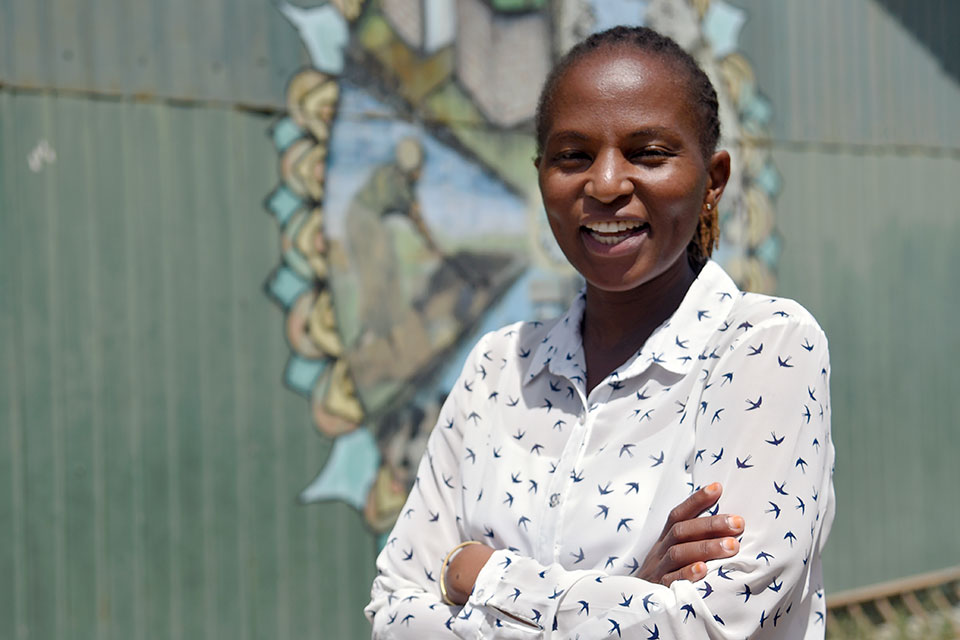 Photo: UN Women/Kennedy Okoth
The Violence Against Children report in Kenya (2010) indicated that one in three Kenyan girls has experienced sexual violence before they turn 18. Wangu Kanja, a survivor of sexual violence, started a Foundation to provide much-needed support to survivors of gender-based violence in Kenya.

"At 18 years old and with a gun to my head, I was raped after a carjacking on my way back from work. I sought assistance at the medical clinic and reported to the police, who recorded it as a robbery with violence, but not rape.

I felt alone, dejected and angry. I didn’t know how to cope with the trauma and gradually fell into a depression.

Everything fell apart… I went through the motions and used alcohol as a coping mechanism for two and half years and had no one to stand by me during this turmoil. It hurt so bad, yet I couldn’t even speak about it as I was too afraid of the stigma, of what people would say about me.

The path to justice for survivors of gender-based violence and sexual violence is often a very lonely one. They face numerous challenges, including being re-victimised, having to re-live the ordeal over and over again as a result of a long justice process that may years. Having people walk with you through this journey is very important.

I set up a Survivors of Sexual Violence Network in all the 47 counties in Kenya through the Foundation to create a movement that enables survivors to speak out and amplify their voices towards prevention and protection, as well as prosecution of gender-based violence cases.

At the county level, the network has 30 members, each of whom are expected to mentor another 10 members at the community level. The goal is to have an active network of champions and change agents at all levels in the country’s administrative units, who can steer and change the narratives around sex, sexuality and sexual violence in their communities, and amplify the voices of survivors of sexual violence.”

Wangu Kanja, a sexual violence survivor and an activist, set up the Wangu Kanja Foundation to support women survivors of gender-based violence in Kenya. Through her foundation, she has managed to reach over 20,000 survivors to date. With generous funding from the Government of Finland and Sweden, UN Women supports the Survivors’ Network set up by the Wangu Kanja Foundation. Ms. Kanja’s work reflects the ambition of Sustainable Development Goal 5, which aims to eliminate all forms of violence against women.