In the words of Tanya Gilly Khailany: “When it comes to women’s rights, there’s no room for diplomacy” 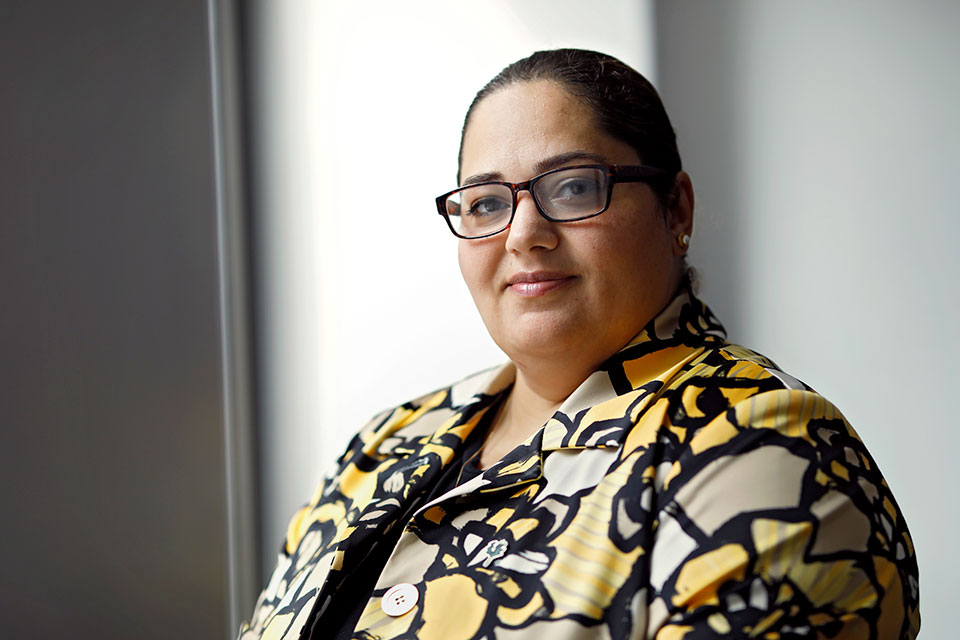 Photo: UN Women/Ryan Brown
Tanya Gilly Khailany, from Iraqi-Kurdistan, is a former member of the Iraqi Parliament (2006 – 2010) and a co-founder of the SEED Foundation, an organization that works with survivors of violence and trafficking in Iraq.

An outspoken women’s rights activist, Ms. Gilly Khailany was one of the key parliamentarians who legislated the 25% quota for women in Iraqi provincial councils. As an expert on political participation and peacebuilding, she recently spoke at a side event on the margins of the 73rd session of the UN General Assembly on September 26 in New York. In this interview, Ms. Gilly-Khailany talks about what motivates her, and what women’s meaningful participation in peace processes means in practical terms.

"I am an activist; I came from activism and became a legislator. There were several incidents and moments that led me to this path.

I remember one with my son when he was in the fifth grade and had to write a paper on a topic of his choice. I was helping him. He said to me, ‘I could have written my paper on women’s rights, but I didn’t want my friends to make fun of me.’

I was a parliamentarian at the time. I thought, all the work I had done… and here was my son, not feeling comfortable to talk about women’s rights. That incident stayed with me and motivated me to push forward.

It took my son years to openly talk about women’s issues. Today he’s doing his senior paper on gender-based violence in the tech industry. That’s just one person; we have to make sure thousands and millions of boys feel comfortable talking about women’s rights.

My fight is for the chance of equal opportunity. A woman should not be held back from pursuing her dreams and aspirations because she is a woman. One of the measures that I worked on as a parliamentarian that I am most proud of, is the quota system for women in the Iraqi Constitution. We asked for 40 per cent but got 25 per cent quota for women in the Iraqi Parliament. I worked with women activists to establish the same quota for women in provincial councils. Having the quota at the provincial level was really important because women could use the provincial councils as a stepping stone to get back into politics, to learn and to grow. Now in the Iraqi Parliament, there are many women who came from the Provincial councils.

My fight is also about peace. Peace is not just about security. It’s about equality and social justice. No one is above the law, and no one should be discriminated by the law.

Peace needs women’s meaningful participation. For that to happen, first, women must get a seat at the table. In my country, there have been many women in political parties, they’ve headed women’s caucuses in the parliament, but when it comes to core issues, women are still not at the table. It’s also about bringing issues that matter to women to the table.

Sustaining peace is not only about protecting women during times of war, but also protecting women in times of peace. The UN has the tools for holding countries accountable to resolutions and treaties. Any country not in compliance, should be called on it.

When it comes to women’s rights, there’s no room for diplomacy.”