In 1995, the Beijing conference on Commission on the status of women emphasized the importance of a gender perspective, women’s contributions for sustainable peacebuilding, and identified the effects of armed conflict or other kinds of conflict on women, including those living under foreign occupation as one of the 12 major areas of concern at the time.

Today, there is mounting evidence that women’s participation in peace and security efforts contributes to more effective responses to today’s complex crises, and women play a critical but under-utilized role in preventing conflict and sustaining peace. At the same time, sexual and gender-based violence in conflict is widespread, and women continue to be marginalized in peace and security processes. In this context, the women, peace and security agenda—with its focus on women’s participation, security and empowerment in global efforts to prevent and resolve conflicts—remains a critical tool to build more peaceful and inclusive societies.

The UN’s NGO Working Group on Women and Armed Conflict (NGOWG) in 2000, one mandated with lobbying the Security Council for a Resolution “that would help ensure that the issue of women, peace, and security would be properly addressed.”  The Washington, D.C.-based Women’s Action for New Directions (WAND) became a founding Member of NGOWG. This made WAND the only U.S.-based organization directly lobbying UN Member States for the adoption of Resolution 1325. UN Women has continued pushing for women’s participation in peacebuilding in keeping with the groundbreaking Resolution 1325.

UN Women specifies a three-pronged approach focused toward preventing and responding to terror, extending justice to survivors of violent conflict, and providing financing for women on the front lines of conflict.

This approach is the way UN Women strives for peace and justice while also maintaining its commitment to the 2030 Agenda, more specifically goal 5, or gender equality, 16, peace and justice, and goal 17, partnerships for the goals. The historic Sepur Zarco case in Guatemala for women seeking justice, and the successful integration of women’s perspectives throughout the Colombian peace negotiations are two of the successful examples of UN Women’s efforts.

Women Peace and Security in USA 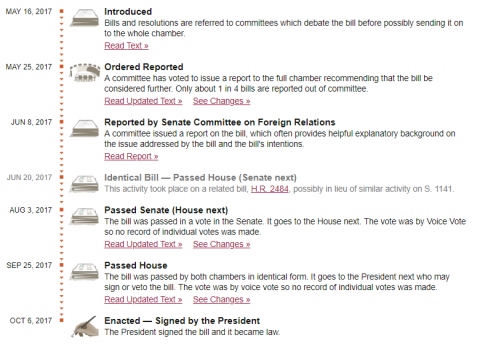 To improve American peace and security efforts, the Women, Peace and Security Act mandates the creation of a government-wide strategy to increase the participation of women in peacekeeping and security operations, due to Congress within one year of its enactment, and again in four years.  The law requires training for diplomats, development professionals, and security personnel to support the inclusion of female negotiators, meditators, and peacebuilders around the world. To promote accountability, the law also imposes reporting requirements on relevant federal agencies, including the Departments of State, Defense, Homeland Security, and USAID.

Established in 2010, the U.S. Civil Society Working Group on Women, Peace, and Security (U.S. CSWG) is a non-partisan network of civil society organizations with expertise on the impacts of women in war and their participation in peacebuilding. The working group is an engaged coalition to promote the effective implementation of the U.S. National Action Plan on Women, Peace and Security. UN Women USA supports and participates in the advocacy efforts of U.S CSWG to lobby for a gendered response in peace-building.