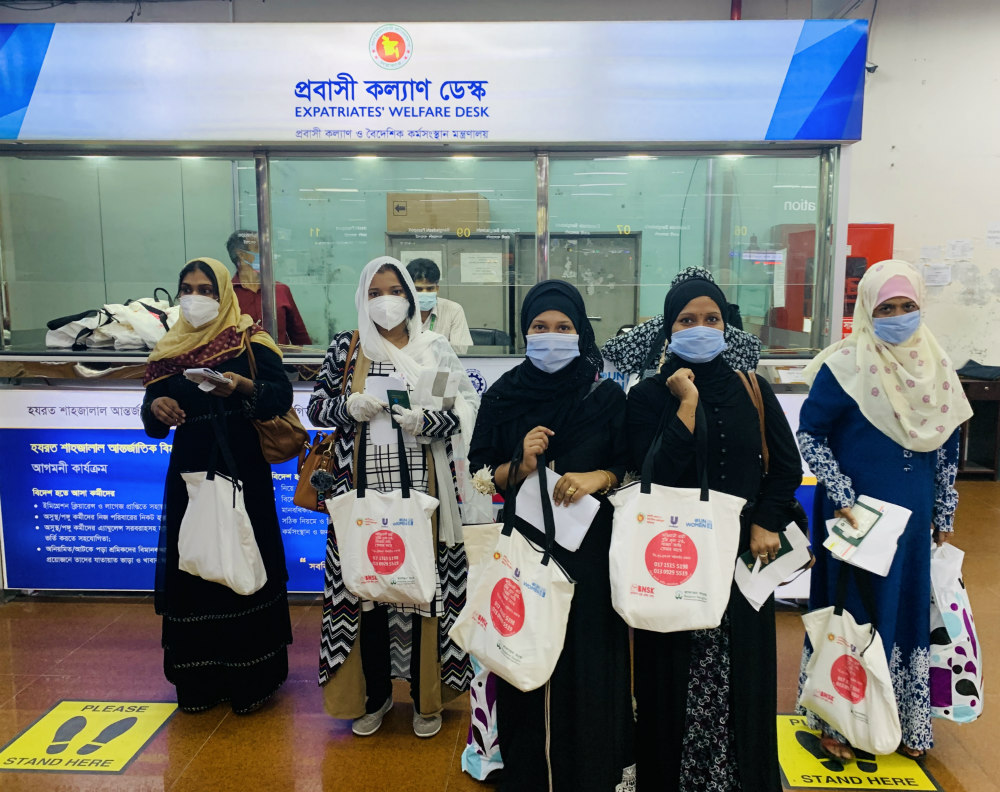 Ms. Ishikawa spoke about UN Women’s program priorities which focus on addressing gender- based violence; economic empowerment of women; women’s political leadership and participation, and response to humanitarian and climate crisis. Key challenges facing women and girls who are  disproportionately affected by COVID-19 can be found the Rapid Gender Analysis conducted in April, 2020.

Ms. Ishikawa described a new project to train and support returning women migrant workers who lost their livelihoods when they were forced to leave their respective countries of employment. Many were initially shunned and stigmatized by neighbors who were afraid these women brought the virus back home with them. UN Women’s project provides dignity packages containing basic supplies for hygiene, essential food and masks for 10,000 returning workers and their families. The project also offers cash for work, and training in making masks to the government standard using traditional Bangladeshi fabrics and also educates the community about the importance of mask wearing and COVID-10 prevention. In this way, the project also empowers women by offering the opportunity for them to give back to their communities in addition to helping their own families.

After the pre-recorded interview, Mary Luke and Anastasia Wardzinski from UN Women answered questions from the audience. The meeting concluded with a toast to celebrate UN Women’s 10-year anniversary, the United Nation’s 75th anniversary, and the 25th anniversary of the Beijing Conference.

For information about how to donate to the Bangladesh returning migrant worker project, click here.