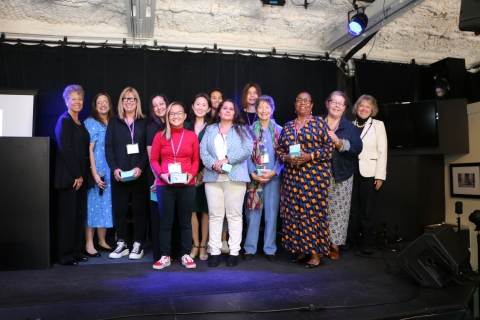 The 2022 Through Women's Eyes International Film Festival was a rousing success!
Viewers enjoyed streaming incredible films, right in their own homes, and we were delighted to gather together in person for our celebration and awards ceremony. This year's award-winning films were:

TWE Team Choice: This is Jessica

Whether you've attended for years or are just learning about us, we invite you to participate in the Through Women's Eyes International Film Festival in beautiful Sarasota, Florida. Our festival, now preparing for its 24th year, is a mission-driven festival, dedicated to showcasing women filmmakers and selecting films which address issues inadequately represented in mainstream media. We pride ourselves on our international character and routinely accept films from all over the world.

In 2022, we were thrilled to introduce some new awards, a block of family friendly films, and more. And, of course, we're already beginning to prepare for 2023. We hope to see you there!


Interested in sponsoring a film? We can make that happen.

Are you a filmmaker who'd like to submit a film? Stay tuned to our festival website for deadlines, criteria, and more.


Our first all-Virtual festival in 2021 was a hit. We hosted 35 films, shorts and full-length features, for an audience in 33 US states and 89 countries. In case you missed, it, congratulations to the 2021 Award Winners!

TWE TEAM CHOICE: Chronicles of Her 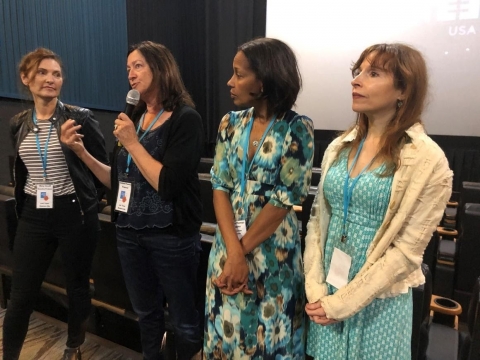 In 2020, we enjoyed films highlighting filmmakers and issues which rarely appear in mainstream theaters - films that use storytelling to give voice and create change.

I really enjoyed this festival. The audiences were great, diverse, different ages, and very enthusiastic. The staff is friendly. The fact that its a relatively small festival makes it easy to get to know other filmmakers as well as festival-goers. We got a number of great contacts and offers for future screenings. Highly recommended.  - Lynn Cunningham, Director

We were so very grateful to be included in the TWEIFF 2020 lin-up.  On arrival, we were introduced to like-minded filmmakers, all with passionate stories and compelling messages. Hats off to the committee and their hardworking group of upbeat volunteers who brought great energy to the festival. - Mary Sewell, filmmaker 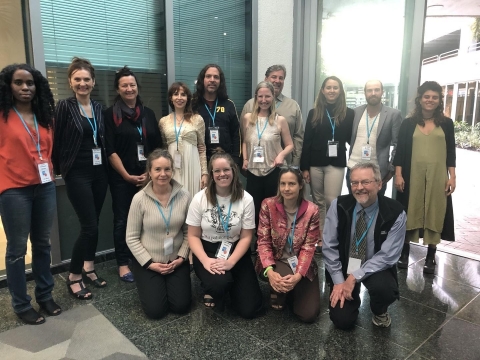 GCC and TWE are all-volunteer organizations that support the valuable work of UN Women. Proceeds from our events support UN Women programs. If you cannot attend TWE this year, but would like to be with us in spirit, consider making a donation to our organization!

A very special thank you to all of our sponsors and partners! 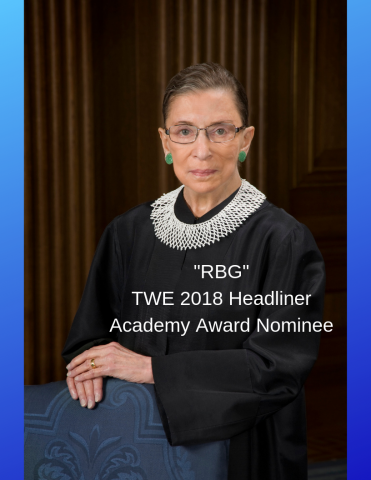 TWE 2019: Another Fantastic Film Festival
In 2019, TWE audiences enjoyed 22 films telling stories about inspiring and brave women from all over the globe! We cheered on heroic pilots and astronauts and learned about the groundbreaking work of an Indian physician who built a path between HIV and loving relationships. We traveled to Papua New Guinea to cheer on a women's rugby team, snowboarded through Iceland with two champion athletes, and took a rafting trip in South Africa. To see trailers from our 2019 lineup, click here.

TWE 2018
From powerlifting to power building, the films at Sarasota's TWE International Film Festival have told heroic stories of the transformational power of defying the odds.

The 19th Annual  Through Women's Eyes International Film Festival (TWE) was Saturday, April 1, and Sunday, April 2, at Regal Hollywood Stadium 20, 1993 Main St., Sarasota. Every year, TWE presents the very best in new, groundbreaking films by established and emerging filmmakers from around the world.

We chose 22 films (15 shorts and seven features) from more than 300 submissions. We had record-breaking attendance and a full house, with tickets sold out well before the event. In 2018, TWE featured two films garnering international acclaim.

TWE Filmgoers will remember the unforgettable documentary On Her Shoulders,which we screened at the our festival last April in Sarasota. This powerful film tells the story of Nadia Murad, a Yazidi woman abducted by the Islamic State. This year, Murad was honored with the Nobel Peace Prize.

In RBG, U.S. Supreme Court Justice Ruth Bader Ginsburg is an extraordinary legal legend and a feminist “pop culture icon.” The film explores the life of the “notorious RBG” from an early age, through college and law school, meeting the love of her life, and culminating with her years on the Supreme Court.

The film, "RBG" (about Ruth Bader Ginsburg) received the Audience Award at our festival and then went on to well-received showings around the world, notably on CNN. 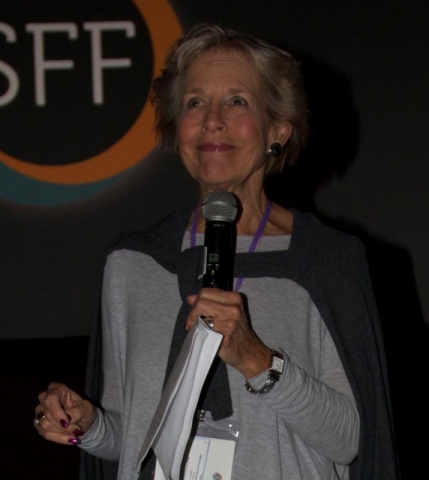 We are celebrating! Our donation to UN Women USA and UN Women will be the largest yet. This was made possible by increased attendance and by the wonderful work of our tireless volunteers.
TWE and Chapter volunteers welcomed viewers to the very best in new, groundbreaking films produced by established and emerging female filmmakers from around the world. This year we enjoyed 22 films (15 shorts and seven features) selected from more than 300 worldwide submissions.

The momentum continued throughout the weekend, with over 120 people attending our Filmmaker's Reception, meeting filmmakers, and enjoying great food and companionship with TWE attendees.

Finally, we extend deep thanks to TWE Artistic Director Ann Fries for her unfailing dedication for the past seven years. No one has been more instrumental than Ann in selecting the films that draw and enthrall our generous audiences. She has been the face and voice of TWE, tirelessly speaking to the press and local organizations about the wonderful filmmakers and films featured in TWE each year. Thank you, Annie, for your vision, leadership, and commitment. While Ann is retiring from TWE, she will continue to support the valuable work of UN Women and remain on our Chapter Board.