Sponsor Our Walks to End Violence Against Women and Girls!

The walks are an annual event across the United States that serve to draw attention to the issue of gender-based violence and highlight UN Women’s programs to stop violence and empower women. Violence against women and girls is one of the world’s most widespread human right violations. It cuts across the boundaries of age, race, culture, wealth and geography. And it happens everywhere: at home and at work, on the streets and in schools, during times of peace and conflict. Up to 70 percent of women and girls will be beaten, coerced into sex or otherwise abused in their lifetime.

Please contact northcarolina@unwomen-usnc.org if you are interested in sponsoring our walk which will be in April 2016 to end violence against women and girls. 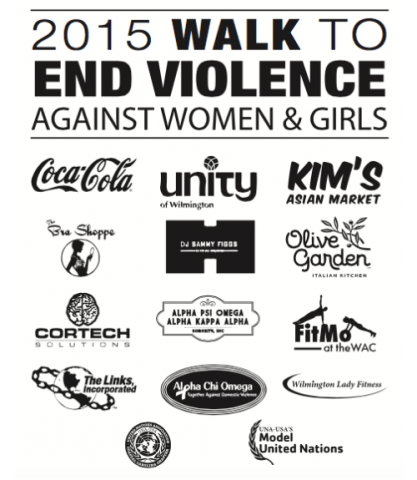 A SPECIAL THANKS to Our Wonderful Sponsors for Making This Event Successful!