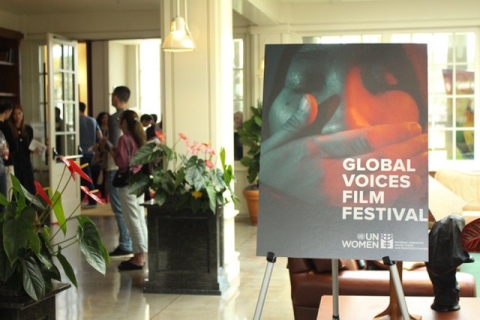 Only 7% of the 250 highest-grossing films in 2016 were directed by women — and we aim to change that. Global Voices Film Festival, presented by UN Women USA SF Bay Area, showcases women producers, directors and writers, who are creating some of the most insightful and groundbreaking work in cinema today. This event serves as both a fundraiser for UN Women as well as an awareness raiser about global women’s issues.

Our third film festival held screenings on May 16 (Virtual Reality Showcase at GoPro HQ) & May 18, 2019, at Lucasfilm’s Premier Theater in San Francisco. Following the traditional film screening, an awards afterparty was held at Saleforce HQ in San Francisco.

See all photos of the Global Voices Film Festival on May 18 and our VR Showcase on May 16. 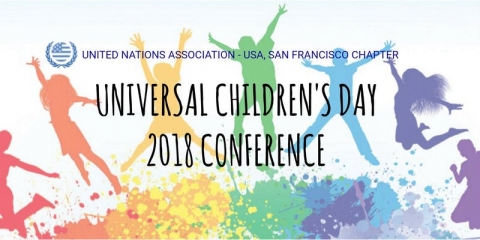 On November 17, the United Nations Association-USA San Francisco & Marin County in partnership with the American Legion Post 315 hosted the Universal Children's Day 2018 Conference at the War Memorial Veteran's Building in San Francisco. The conference was supported by the U.S. National Committee for UN Women San Francisco Bay Area that served as program sponsor. 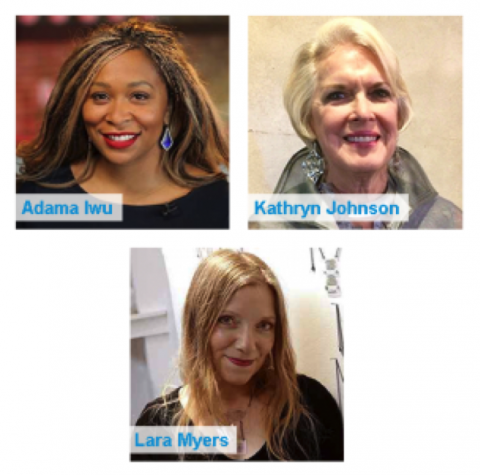 At our Annual Community Meeting & Celebration on July 26, we had the honor to welcome special VIP honoree and speaker, TIME Magazine “Silence Breaker” Adama Iwu, and to give out our first-ever #ShesGotHerBack Award to the woman who has had our back the most, our Strategic Advisor Kathryn Johnson.

We also had artist Lara Myers with us making free custom necklaces for our members from their personal #MeToo stories for her latest project, “Things Guys Actually Said to Me.” 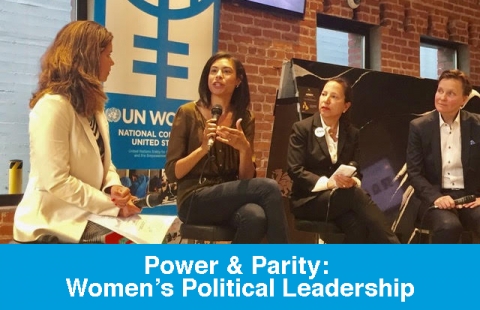 Co-hosted with the DC-based Wilson Center (the leading non-partisan policy think tank in the world and part of the Smithsonian Institution), we celebrated the global launch of their publication, Roadmap to 50x50: Power and Parity in Women's Leadership. 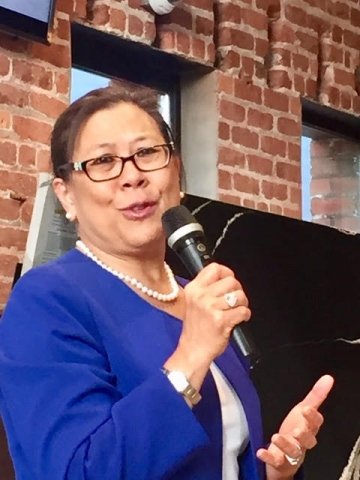 Building on their data platform and Global Women's Leadership Initiative Index, the report sheds light on the state of women's leadership globally across five sectors of government in 75 countries and supports the 50x50 goal of 50% women's representation in policy and political leadership worldwide by 2050. 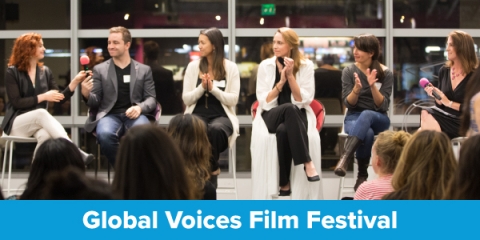 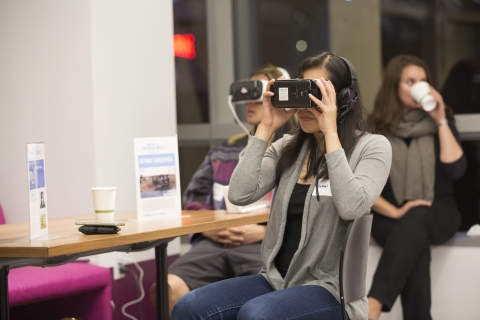 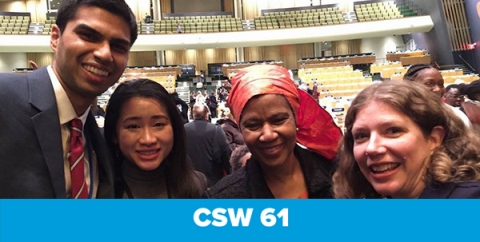 This past March, four board members—Amy Logan, Cindy Bao, Megan Keesee and Shaun Chaudhuri—represented UN Women USA for UN Women San Francisco at the 61st session of the Commission on the Status of Women (CSW 61). Hosted at the UN’s headquarters in New York City, this annual meeting welcomed thousands of representatives from member states, UN entities, and NGOs from around the world to come together to discuss the theme of women’s economic empowerment in the changing world of work.

The events focused on the progress, challenges and solutions to achieving gender parity in the workplace. At the Equal Pay Platform of Champions event, UN Woman Executive Director Phumzile Mlambo-Ngcuka, Oscar-winning actress Patricia Arquette, and World Cup champion Abby Wambach launched the 23 percent campaign, demanding gender and pay equity in the workplace. Another highlight was the event led by Judit Polgár, the first female grandmaster. Polgár spent her career challenging the structural inequalities faced by women and girls in competitive sports, including defeating the world’s number one chess player Garry Kasparov in 2002. She discussed the importance of solidarity campaigns, such as HeForShe, in engaging men and boys to ignite change in the world. On the last day, United Nations Secretary-General Antonio Guterres sought suggestions from Women’s Civil Society Organizations on how the UN can better advocate for gender equality. He shared his past experiences as the Prime Minister of Portugal, including the difficulties of moving family violence to the forefront of the national agenda. Guterres highlighted the importance of addressing each of the political, economic, social and cultural conditions that prevent women from reaching their full potential.

At the end of two weeks, CSW 61 formed conclusions on how to end the gender gaps in the workplace and violence against women, as well as leverage new technologies in the midst of increased globalization. It is also crucial for Member States to commit to implementing national policies that fully engage men and boys as agents and beneficiaries of change. UN Women will continue to play a central role in promoting gender equality and supporting governments and women's organizations by strengthening the data and knowledge hub, building accountability, engaging in advocacy campaigns including thematic ones such as that on equal pay, mobilizing the UN system and working with ILO and the game changers for movement building on women’s economic empowerment in the changing world of work.

It was an impactful experience for Amy, Cindy, Megan and Shaun, and they were honored to serve as delegates for the UN Women USA for UN Women San Francisco. This conference illuminated the larger path and individual civic duty needed to create a 50-50 world. It serves as inspiration for the chapter’s upcoming events as we continue to create a more equal and empathetic community in the San Francisco Bay Area.

—Shaun Chaudhuri, treasurer of Board of Directors and co-chair Global Voices Film Festival 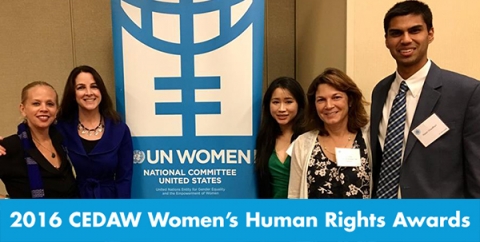 Members of UN Women USA San Francisco Bay Area team proudly representing Oct. 17 at the CEDAW Awards event, alongside San Francisco Department on the Status of Women and Friends of the Commission on the Status of Women, to honor exceptional leaders and organizations. Their work in media, government, and philanthropy have lifted the voices of women and girls, women of color, and vulnerable populations locally and across the globe.

Are you interested in joining our committee for the 2017 Igniting Women's Economic Empowerment through Tech event? Contact Amy Logan at president@sfba.unwomen-usnc.org. 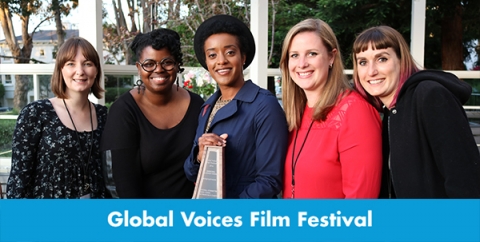 The reviews are in—the festival was a runaway smash hit! Hundreds of community members attended the inaugural Global Voices Film Festival, May 22, which presented new work by emerging and established domestic and international women filmmakers. We were thrilled to provide women filmmakers with a platform to showcase their unique voices and innovative stories, and champion equal representation of gender in film.

Are you interested in joining our committee for the 2017 Global Voices Film Festival? Contact festival chair Shaun Chaudhuri at treasurer@sfba.unwomen-usnc.org. 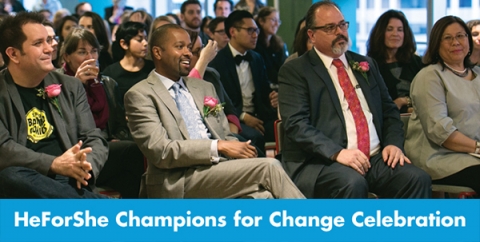 The HeForShe Champions for Change Celebration, which welcomed hundreds of attendees April 14, was a perfect synergy of innovation and thought-leadership. We honored five local leaders—Ray Arata, Casey Bates, David Batsone, John Marcotte and Brian O'Connor—at the forefront of gender equality, who inspire others to action through their tireless work on global campaigns or community-based programs, and most importantly, by their example. Among our favorite moments was the discussion led by our esteemed keynote, California State Controller Betty Yee, who shared how we can achieve gender parity in the workplace. A lively panel discussion featuring the honorees and Chapter President Amy Logan, silent auction and networking rounded out an unforgettable evening.

Sign Up Now
For Email Newsletters you can trust.
Donate
© 2009-2021 All Rights Reserved. UN Women USA | My Account