The Silicon Valley Chapter is currently interviewing candidates interested in three open board positions, including: Vice President of Events, Board Leader for Technology Projects, and Vice President of Development.  If you are interested, please email Shaloo Garg at Shaloo@sv.unwomen-usnc.org for more details.

Shaloo is an Oracle veteran with deep knowledge and exposure to various spectrums of technology and business units.

She joined Oracle in Mergers/Acquisitions and shifted to Global Marketing, Sales, and is now with Global Innovation and Startup Ecosystem at Oracle. Shaloo is very involved with women and youth in Technology and a variety of organizations throughout Silicon Valley. She is a Technology & Innovation Global Board Advisor to UN Women and Junior Achievement NorCal. She strongly believes that Technology’s best user case ever is using its power to impact wider social issues like hunger, poverty, STEM education, clean water, energy, sustainable cities etc in developing and under-developed countries. She is an MBA and has done specialization in Innovation and Design Thinking from Stanford Design School.

Germaine Cota is the Treasurer and one of the founding Board Members of UN Women USA UN Women, Silicon Valley Chapter. She believes deeply in power of education and creating more accessibility for learning. She hopes to promote education and greater global awareness to eliminate barriers for women in both their personal and professional pursuits.

Germaine is the Assistant Corporate Controller at LinkedIn Corporation. Prior to LinkedIn, Germaine worked at Ernst & Young LLP, in both the Bay Area and Dublin, Ireland, where she provided assurance and advisory services to U.S. multinational corporations. She has a B.S. in Accounting from Santa Clara University, and is a Certified Public Accountant in the state of California. Outside of her involvement with UN Women USA UN Women, Silicon Valley Chapter, Germaine is a mentor with iMentor Bay Area, and volunteered with the Silicon Valley Education Foundation (SVEF).  Germaine loves spending time with her husband and children, travelling, cooking, experiencing new restaurants, and exercising. 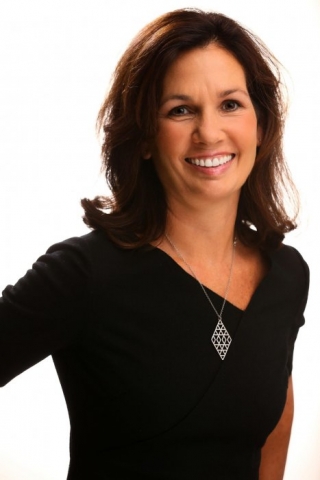 Cynthia Frey has been an attorney with the United States Department of Justice since 2005 and an Assistant United States Attorney in the Northern District of California since 2009.  She  currently specializes in the prosecution of cyber crimes.  Ms. Frey has also investigated and prosecuted hundreds of other federal crimes, including human trafficking, RICO and VICAR violations involving murder and other violent crimes by large organized crime syndicates, intellectual property offenses, money laundering, bribery, obstruction, and wire fraud.  Ms. Frey previously worked with the National Security Division in Washington D.C., investigating and prosecuting counterterrorism cases.  While in D.C., Ms. Frey also taught international criminal law courses at Georgetown University Law Center.
Before joining the Department of Justice, Ms. Frey worked with the United Nations Mission in Kosovo as deputy of their criminal division.  Her work with the United Nations required a deep understanding of international law and an ability to coordinate with representatives of foreign governments and international agencies to draft new criminal and procedural codes, and create a witness protection program and a special prosecutor’s office, among other things.

Kaveri manages Bloomberg's corporate business in Western Canada and San Francisco. She is focused on the energy markets and is passionate about renewable and emerging technology in the energy and transportation sectors. She leads community engagement and philanthropy for the Bloomberg Women's Community in San Francisco and has traveled extensively in South East Asia and through parts of Europe and Africa. Her travels have widened her understanding of global gender inequalities and the importance of women empowerment. As the VP of Membership she hopes to involve Silicon Valley's innovation and talent to establish a well rounded and ambitious chapter.

Founder and CEO of Wish International Events Management, a global MICE organization focused on Logistics, Events and Disruptive Content Generation for global corporations. I head offices in USA, Europe and Brazil, as well as act as international correspondent for Disruption and Innovation for a variety of Brazilian press outlets. Former University professor with a BA in Public Relations. Alumni at USP, Sorbonne, UC Berkeley, and Stanford.  Currently launching a book on Experience Marketing. My passion is to educate and empower young leaders to help the world to be a better place for future generations. 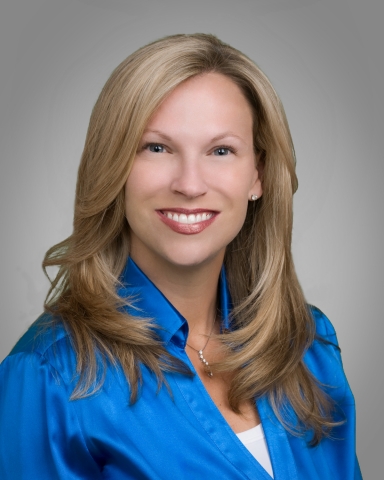 Caren Ulrich Stacy is a talent management expert with more than 20 years of experience as the head of lawyer recruitment, development, and diversity for several of the world’s top law firms. After co-founding Lawyer Metrics, a start-up company acquired by the Access Group that pioneered a “Moneyball” data approach to lawyer recruitment and development, Caren created the Diversity Lab to focus exclusively on closing the gender gap and increasing diversity and inclusion in the legal field. The Lab experiments with new and innovative ways to recruit and retain top diverse talent through the use of data, behavioral science, and design-thinking.

The Lab's hallmark pilot project – the OnRamp Fellowship – is the first “Returnship” ever launched in law firms and legal departments. Women returning to the workforce after an extended hiatus are matched using traits and culture data with prestigious legal organizations for year-long Fellowships. The pilot began with four law firms and has now grown to include more than 30 law firms and seven legal departments in the U.S., Australia, Canada, and the UK.

To inspire others to experiment with innovative diversity and inclusion initiatives, the Lab partnered with Stanford Law School and Bloomberg Law to organize the “Women in Law Hackathon” in which 54 law firms worked together in 2016 to generate ideas aimed at boosting the retention and advancement of women in law. Five innovative ideas, including the Mansfield Rule (inspired by the NFL’s Rooney Rule), are being piloted by 44 forward-thinking law firms and supported by 60 legal departments.  To build on this positive momentum, the Lab is partnering with Bloomberg Law, Harvard Law School Executive Education, Northwestern Law, and UC Hastings to host two “Diversity in Law Hackathons” in 2018.

In addition to her work with the Lab, Caren serves on the Board of Advisors for DirectWomen and on the Legal Advisory Committee for the Silicon Valley Urban Debate League.  She was also selected as a Tory Burch Foundation Fellow and recently appointed as the Board President of UN Women USA, Silicon Valley. 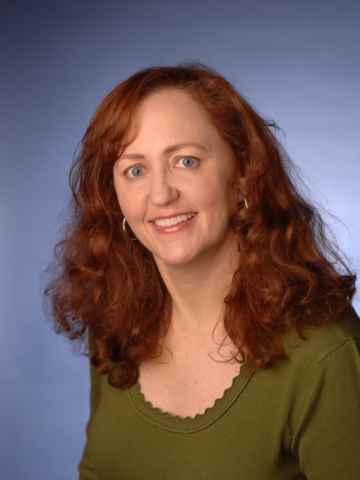 Suzan (Sam) A. Miller is Vice President, Intel Corporation.  Currently on sabbatical, Ms. Miller’s previous roles at Intel include Vice President, Corporate Secretary, and Deputy Gen­eral Counsel, Vice President of the Business Legal Group, and General Counsel of Intel Capital. Ms. Miller is an active advocate within Intel and externally for diversity and in­clusion in the legal profession and the technology industry. She is on the Boards of the UN Women United States National Committee Silicon Valley Chapter (“UN Women USA SV”), the National Association of Women Lawyers (“NAWL”), and the Minority Cor­porate Counsel Association (“MCCA”). Ms. Miller is also on the Boards of the Law Foundation of Silicon Valley and Silicon Valley Cam­paign for Legal Services. She received her B.S. from Bryn Mawr College and her J.D. from Santa Clara University. Ms. Mill­er can be reached at sam@intel.com . 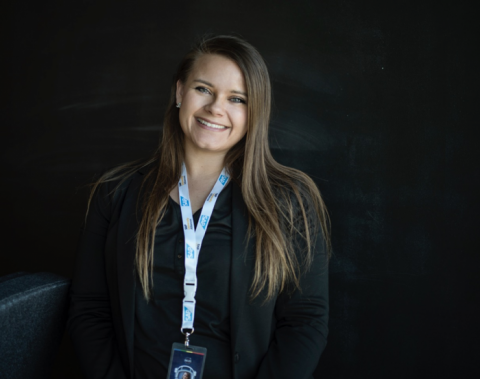 Sandra Moerch is Global Head of Branding at SAP Next-Gen – A Purpose Driven Innovation Community linked to the UN Global Goals, a department of which she was a founding team member. In her daily work she is also the Site Manager of the purpose driven 12K SQF innovation space: SAP Leonardo Center in New York City, which is a stage for purpose driven innovation, which plays out in the space every day in the shape of workshops, innovation journeys and evening meetups.

Sandra has always been an entrepreneur and feminist at heart, co-founding numerous tech and retail startups, before she entered the corporate scene with SAP, as well as being an advocate for women's rights across the 3 continents and 10 countries where she lived. Today, Sandra evangelizes these values as a Stanford WiDS (Women in Data Science) Committee Member, as well as a UN Women Ambassador, driving programs linked to SAP to bring balance to the force of gender equality in Tech, specifically co-leading the global #sheinnovates program and campaign together with 24 private sector industry representatives which involves the development of an app, launching a podcast, hosting numerous events and writing a book.

To Sandra, diversity and imagination are imperative and key ingredients in order to kindle the fires of innovation. As an avid SciFi researcher, Space enthusiast, Childish soul and Design Thinker, she uses imagination as a powerful tool for moon-shooting ideas that have not been thought up yet in our existing landscape, drawing inspiration from the global innovation community. In her role, she has to constantly analyze and research the global landscape of innovation, mapping out the findings in a framework she designed, named The Silicon Valleys of the World, identifying global innovation hubs, and interconnecting them, from Silicon Valley, to Silicon Samba to Silicon Cape, to mention a few. All over the world she shares these concepts to inspire people to enter the impact space, and pick up creative methodologies, integrating them into their core product development and/or job.

Catherine Derringer is the Director of Individual Major Gifts, South Bay and Silicon Valley for KQED. Prior to joining KQED in 2012, she worked in development at Stanford University, The Tech Museum of Innovation and San Jose Rep. Catherine earned a B.A. from the University of Southern California and a M.P.A. from San Jose State University. Catherine is honored to join UN Women in promoting women’s empowerment and gender equality.

Wade Davis is a thought leader, writer, public speaker, and educator on gender, race, class and orientation equality. Davis is currently a senior diversity and inclusion consultant at YSC, global think tank and leadership-consulting firm. At YSC, Wade partners with corporations to create transformative inclusion strategies and programs. In addition, starting in 2014, Davis became the NFL’s first Diversity and Inclusion consultant, focused on ensuring that all LGBT individuals throughout the league have a safe and affirming space.
Prior to YSC and his NFL consultancy work, Davis played for the Tennessee Titans, the Washington Redskins, and the Seattle Seahawks. More recently, Wade consulted on American Crime, ABC’s critically acclaimed Emmy winning series from Oscar winner John Ridley, and he guest stars in an episode of the second season. This March, Davis performed his inaugural TEDx Talk - The Cost of Toxic Masculinity at the TEDx Conference at the University of Florida.

In 2012, Davis was named the Executive Director of the You Can Play Project, an organization dedicated to ending discrimination, sexism, and homophobia in sports.

As an educator, Davis was an Adjunct Professor at the NYU School of Professional Studies Tisch Institute for Sports Management, Media, and Business in 2014. He has also served as an adjunct professor at the Rutgers University School of Public Affairs and Administration, and has lectured on the intersections of race, sexuality, gender, and sports at universities nationally and internationally.

During the 2012 presidential election, Davis was an official LGBT Surrogate for President Obama, and is currently both a UN Women HeForShe Ambassador and a U.S. State Department Speaker Specialist. In these roles, Davis continues to travel nationally and internationally to address issues of gender, race, sexuality and class in the interest of promoting diversity and inclusion for all.