From where I stand: “Equality between men and women…is a moral imperative” 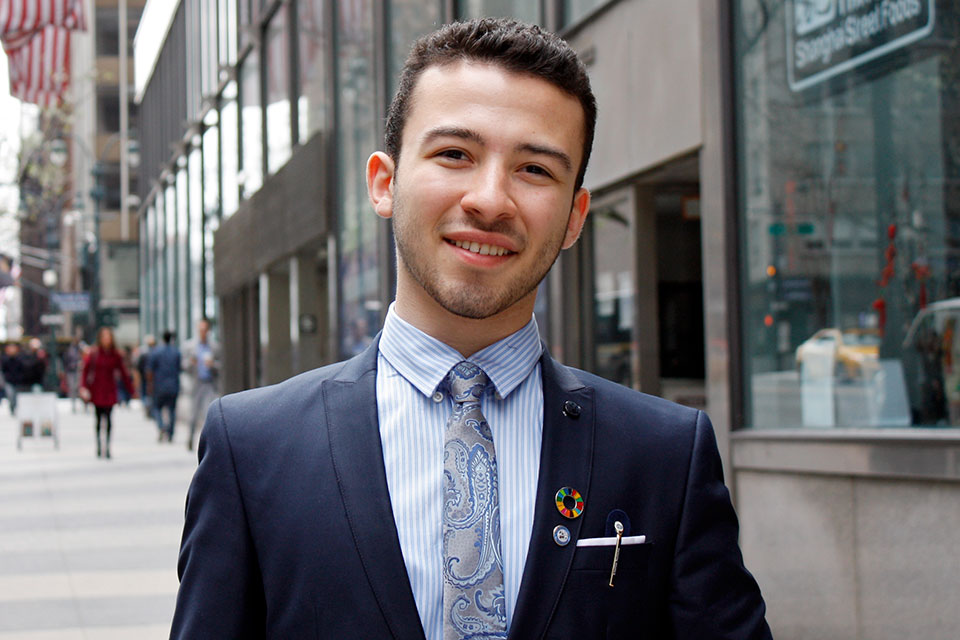 Photo: UN Women/Jodie Mann
Taher Sellami, a young entrepreneur and business student, is striving to use innovative technologies to drive social change in Tunisia and worldwide.

"A good friend from Cote D'Ivoire, an architecture student, was refused his dream job. And the person who actually got the job, I knew him too. And he was far less skilled, but he was Tunisian.

When talking to the HR department, I was shocked to know that they were afraid the working space wouldn't be homogenous anymore.

Such discriminations are widespread in the Middle East and North Africa region, not only based on origins and religion, but sex, gender identity, health and disability, age, language ethnicity, socioeconomic status, and sadly much more.

The discrimination my friend experienced stayed with me. It was a catalyst, it fueled a drive in me to change things.

INO is an app that serves as a medium between people seeking jobs, and job offers from companies. The app uses new technologies, like blockchain, to secure the identities of those applicants who are submitting their CVs through INO. The CVs are uniform, anonymous, no photos, nothing that will give any clue about the identity of the person, so people are judged on their competencies and skills and not based on their backgrounds.

The aim is to eradicate any form of discrimination, but we're also specifically focusing on discrimination based on sex and gender, because if you look at Tunisia, especially the highest level jobs—majority of them are occupied by men.

They called me names. I was asked, ‘why should you fight for women's rights if you are a man, let's not fight, let's not worry about them’. I believe that it is an equal responsibility. Men should be fighters just as much as women, if not more. I believe that equality between men and women is not only a question of economic equality or equity, but above all it is a moral imperative. It’s aconcern for justice and equity at the political, social and cultural level.

It's also about thinking about the next generation.If the gap between women and men continues to grow, my daughter, my nieces, my grandchildren are going to suffer.

There's a proverb I like: ‘The best time to plant a tree was 20 years ago. The second-best time is now.’

If people haven't participated before towards seeking social change, now is the second-best time. Use it wisely.”


Taher Sellami, 19, from Tunisia is a member of the Youth Leadership Program, an initiative by UNDP in partnership with UN Women with support from The Swedish International Development Cooperation Agency. Sellami aims to use entrepreneurship and innovative technologies to drive social change. In April 2019, he attended the ECOSOC Youth Forum at UN Headquarters in New York, and spoke to UN Women about his work on INO, an app that aims to eliminate discrimination in hiring processes.